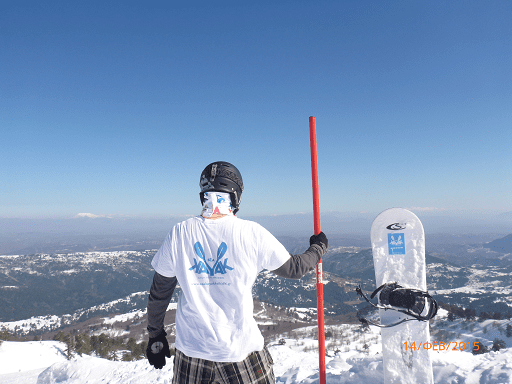 Sharing the experience of snowboarding in the National Ski Center of Vasilitsa!

The National Ski Center of Vasilitsa is one of the most famous in north Greece. It is situated in a magnificent location, in the center of Pindos mountain chain and more specifically on the west side of Grevena. It is 45km far from the town of Grevena and 185km from Thessaloniki. The road to the ski center is very good. Everywhere around it you will see beautiful landscapes, as the region is verdurous of pine trees, firs and beeches.

These slopes provide stunning pistes for skiing, while the bare peaks and lush pine forests that surround them creates a magical landscape. Vasilitsa National Ski Center is located in a 1600 – 2113m height.

The ski resort first opened in 1975 with the construction of the first towed lift in the area with a length of 1060 meters, rising from an altitude of 1788 meters to 2060 meters. The lift that can carry 800 skiers per hour. Since 1975, the ongoing development of the ski resort has resulted in it being considered one of the best ski resorts in Greece (source: holiday.gr).

Today in Vasilitsa seven ski lifts operate, servicing a total of 16 km’s of pistes. Two air lifts of 1800m length, baby lift, 4 rolling lifts, 12 tracks of 7.500m, the biggest beginner’s track in Greece (3.860m), snowboard track, shops of renting ski equipment, ski schools, a guesthouse and two chalets. It is very popular for the fun situations at the chalet and the tracks and it is also a meeting point for the snowboarders (source: web-greece.gr).

More information about the national Vasilitsa winter ski resort can be found online at http://www.vasilitsa.com

Sea Kayak Halkidiki team snowboarding in Vasilitsa in sunny Saturday of February with lots of snow in the slopes.

A big thanks to my friend Panos D, aka “tranos” for providing his super truck!

This site uses Akismet to reduce spam. Learn how your comment data is processed.